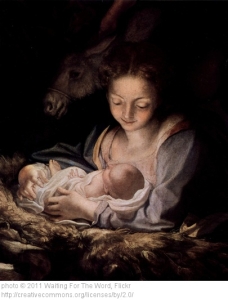 One of the biggest objections Jews have to Jesus Christ being Israel’s promised Messiah is the fact He has not fulfilled the Hebrew prophecies about defeating Israel’s enemies and establishing the Davidic rule of the world from a rebuilt Temple in Jerusalem. However, the Apostle Peter spoke to that objection almost 2,000 years ago.

“But those things which God foretold by the mouth of all His prophets, that the Christ would suffer, He has thus fulfilled. Repent therefore and be converted, that your sins may be blotted out, so that times of refreshing may come from the presence of the Lord, and that He may send Jesus Christ, who was preached to you before, whom heaven must receive until the times of restoration of all things, which God has spoken by the mouth of all His holy prophets since the world began.” Acts 3:18-26

Jesus did fulfill all the Old Testament prophecies about Messiah’s suffering and would have fulfilled all of the other prophecies “if” Israel had repented and been converted. God would have forgiven their sins and sent Jesus Christ from Heaven back to Israel to establish the long-promised Messianic Kingdom. As we know, Israel rejected the offer and killed many of Christ’s followers in a futile attempt to destroy those “who were of the Way.” (Acts 9:2)

It’s important to note that all of the people who believed Jesus was Israel’s Messiah during the time Jesus was on earth and immediately following His return to Heaven were Jews. Thousands of Jews believed and endured brutal persecution after Pentecost. The first blood of martyrs for the Kingdom of God was Jewish blood. So, why haven’t more Jews embraced Jesus as their Messiah during all the centuries since God made His offer to Israel through the Apostles?

The answer to the question is best answered by a Pharisaic Jew of the 1st century AD who helped spill the first Jewish blood.

Saul of Tarsus, better known as the Apostle Paul, continued in his letter to Jewish and Gentile believers in Rome that Israel needs the Gospel.

“Brethren, my heart’s desire and prayer to God for Israel is that they may be saved. For I bear them witness that they have a zeal for God, but not according to knowledge. For they being ignorant of God’s righteousness, and seeking to establish their own righteousness, have not submitted to the righteousness of God. For Christ is the end of the law for righteousness to everyone who believes.” Romans 10:1-4

Jews do not embrace their Messiah today in large numbers because Israel has rejected Jesus since the 1st century AD. It broke Paul’s heart as a Jew who had met the Messiah personally and was able to speak to the truth of Jesus from the perspective of his deep knowledge of Judaism and personal experience with Jesus Christ.

We learn from Paul that Israel’s rejection is not total.

“I say then, has God cast away His people? Certainly not! For I also am an Israelite, of the seed of Abraham, ofthe tribe of Benjamin. God has not cast away His people whom He foreknew. Or do you not know what the Scripture says of Elijah, how he pleads with God against Israel, saying, ‘Lord, they have killed Your prophets and torn down Your altars, and I alone am left, and they seek my life’? But what does the divine response say to him? ‘I have reserved for Myself seven thousand men who have not bowed the knee to Baal.’ Even so then, at this present time there is a remnant according to the election of grace. And if by grace, then it is no longer of works; otherwise grace is no longer grace. But if it is of works, it is no longer grace; otherwise work is no longer work. What then? Israel has not obtained what it seeks; but the elect have obtained it, and the rest were blinded. Just as it is written: ‘God has given them a spirit of stupor, Eyes that they should not see And ears that they should not hear, To this very day.’ And David says: ‘Let their table become a snare and a trap, A stumbling block and a recompense to them. Let their eyes be darkened, so that they do not see, And bow down their back always.” Romans 10:1-10

Paul also taught that Israel’s rejection is not final.

“I say then, have they stumbled that they should fall? Certainly not! But through their fall, to provoke them to jealousy, salvation has come to the Gentiles. Now if their fall is riches for the world, and their failure riches for the Gentiles, how much more their fullness!” Romans 11:11-12

“For I do not desire, brethren, that you should be ignorant of this mystery, lest you should be wise in your own opinion, that blindness in part has happened to Israel until the fullness of the Gentiles has come in. And so all Israel will be saved, as it is written: ‘The Deliverer will come out of Zion, And He will turn away ungodliness from Jacob; For this is My covenant with them, When I take away their sins.’ Concerning the gospel they are enemies for your sake, but concerning the election they are beloved for the sake of the fathers. For the gifts and the calling of God are irrevocable. For as you were once disobedient to God, yet have now obtained mercy through their disobedience, even so these also have now been disobedient, that through the mercy shown you they also may obtain mercy. For God has committed them all to disobedience, that He might have mercy on all.” Romans 11:25-32

“Oh, the depth of the riches both of the wisdom and knowledge of God! How unsearchable are His judgments and His ways past finding out! ‘For who has known the mind of the Lord? Or who has become His counselor?’ ‘Or who has first given to Him And it shall be repaid to him?’ For of Him and through Him and to Him are all things, to whom be glory forever. Amen.” Romans 11:33-36

One last Messianic note for Jews and Gentiles alike comes from the prophet Isaiah. He wrote this during one of Israel’s truly dark times. What we read is a word of hope and encouragement for Israel, for Christians, and for the world.

“For unto us a Child is born, Unto us a Son is given; And the government will be upon His shoulder. And His name will be called Wonderful, Counselor, Mighty God, Everlasting Father, Prince of Peace. Of the increase of His government and peace There will be no end, Upon the throne of David and over His kingdom, To order it and establish it with judgment and justice From that time forward, even forever. The zeal of the Lord of hosts will perform this.” Isaiah 9:6-7

To all our Jewish friends during this season of hope, we pray you will live to know and see Meshiach.

One thought on “Christians, Jews, and the Baby Messiah (Part 3)”