We are answering tough questions from Christian teenagers – and I do mean TOUGH. Those are the kinds of questions we like because they are often the questions that don’t get answered. That’s one of the reasons teens give for why they quit attending church … END_OF_DOCUMENT_TOKEN_TO_BE_REPLACED

We are continuing a series of questions from a Christian teenager about whether God created evil. You can read previous questions here and here. Our desire is to help parents and teens talk about serious questions young people have about God, the Bible and Christianity.

[I wrote this article on May 16, 2020. Ravi Zacharias passed away three days later, May 19, 2020. We miss him on earth, but will rejoice with him in Heaven.] There’s an old saying about telling people you love that you love them while they’re … END_OF_DOCUMENT_TOKEN_TO_BE_REPLACED

We are preparing a new apologetics series for parents and teens to begin in August. We were working with a Christian school and church youth groups to consider some of the tough questions that face our young people today. However … the Coronavirus Pandemic closed churches … END_OF_DOCUMENT_TOKEN_TO_BE_REPLACED

Religious persecution is coming to North America. That seems certain at this point unless God supernaturally intervenes. What is not certain is whether the Church in North America is ready for persecution and the suffering that comes with it. That is the focus of this … END_OF_DOCUMENT_TOKEN_TO_BE_REPLACED

I highly recommend a new online evangelism training course from Engage 360 Ministries. It’s called Engage Your World. Registration is now open for the next section of the interactive online training course which will run from March 9th-May 24th.

How Reason Can Lead To God: A Philosopher’s Bridge To Faith (Joshua Rasmussen, IPV Academic, 2019) is a must-read for Christian apologists and anyone who wants to improve how they think and talk with people about the existence of God. Joshua Rasmussen (PhD, Notre Dame) … END_OF_DOCUMENT_TOKEN_TO_BE_REPLACED

In the last part of our series about Evangelistic Apologetics we looked at this question – If so, how is the battle going for you? We are asking and answering seven basic questions about our involvement in God’s purpose for His Church: Why has God placed … END_OF_DOCUMENT_TOKEN_TO_BE_REPLACED

We are continuing to report about HOW atheist street epistemologists do what they do. If this is the first time you’ve read anything in this series, we invite you to read these articles when you have time. You may find the background helpful – Street Epistemology: Basic … END_OF_DOCUMENT_TOKEN_TO_BE_REPLACED

In the last part of our series about Evangelistic Apologetics we looked at this question – If not, why not? That question was in the context of this question – Are you really involved in fighting in this spiritual battle? We are asking and answering seven … END_OF_DOCUMENT_TOKEN_TO_BE_REPLACED

We are currently looking at how Christian Church leaders dealt with heresies in the 4th century AD. The most challenging of the heresies was Arianism – the claim that there was a time when the Son of God “was not” and was a creation of God the Father.

Emperor Constantine I called hundreds of bishops together in the city of Nicene to debate this important doctrine. A vast majority of the bishops who attended voted against Arius (namesake of the doctrine of Arianism), excommunicated him and his followers, and wrote a creed known as the “original” Nicene Creed.

That decision in 325 AD did not end the debate or disagreement among leaders in the Church. We detailed some of what happened between the year 325 AD and the Council of Nicea in 325 and the year 381 AD and first Council of Constantinople. You can read that article here.

Before moving to the next stage of the Church’s battle with heresy in the 4th century, let’s take a closer look at what may be the most important aspect of the challenge of Arianism – a challenge still faced today.

END_OF_DOCUMENT_TOKEN_TO_BE_REPLACED

The IVP Pocket Reference Series is a great way to build an excellent reference library without having to spend a lot of money. The entire series of 13 books costs $130 ($117 through IVP) and individual pocket dictionaries retail for just $10 ($9 through IVP – less than on Amazon.com and Christianbook.com).

Since FaithandSelfDefense is primarily an apologetics ministry, I’ll review the two IVP books about apologetics.

END_OF_DOCUMENT_TOKEN_TO_BE_REPLACED

We are continuing to report about HOW atheist street epistemologists do what they do. If this is the first time you’ve read anything in this series, we invite you to read these past articles when you have time. You may find the background helpful – Street Epistemology: … END_OF_DOCUMENT_TOKEN_TO_BE_REPLACED

In the last part of our series we looked at a serious disagreement in the North African Church between the Egyptian bishop (Alexander) and a Libyan presbyter (Arius). The issue concerned whether Jesus Christ was the eternal Son of God or was a created being.

Arius claimed that “there was a time when the Son was not.” Arius believed and taught that God the Father created Jesus and that Jesus had a different nature and essence from God the Father. This became known as Arianism, named after Arius.

Alexander, along with his chief deacon and secretary Athanasius, responded about 320 AD –

“For who ever heard such assertions before? or who that hears them now is not astonished and does not stop his ears lest they should be defiled with such language? Who that has heard the words of John, “In the beginning was the Word,” will not denounce the saying of these men, that “there was a time when He was not?” Or who that has heard in the Gospel, “the Only-begotten Son,” and “by Him were all things made,” will not detest their declaration that He is “one of the things that were made.” For how can He be one of those things which were made by Himself? or how can He be the Only-begotten, when, according to them, He is counted as one among the rest, since He is Himself a creature and a work? And how can He be “made of things that were not,” when the Father saith, “My heart hath uttered a good Word,” and “Out of the womb I have begotten Thee before the morning star?” Or again, how is He “unlike in substance to the Father,” seeing He is the perfect “image” and “brightness” of the Father, and that He saith, “He that hath seen Me hath seen the Father?” And if the Son is the “Word” and “Wisdom” of God, how was there “a time when He was not?” It is the same as if they should say that God was once without Word and without Wisdom. And how is He “subject to change and variation,” Who says, by Himself, “I am in the Father, and the Father in Me,” and “I and the Father are One;” and by the Prophet, “Behold Me, for I am, and I change not?” For although one may refer this expression to the Father, yet it may now be more aptly spoken of the Word, viz., that though He has been made man, He has not changed; but as the Apostle has said, “Jesus Christ is the same yesterday, to-day, and for ever.” And who can have persuaded them to say, that He was made for us, whereas Paul writes, “for Whom are all things, and by Whom are all things?” Deposition of Arius

Alexander and almost a hundred bishops of Egypt and Libya agreed to “anathematize” Arius and his followers. However, that did not end the challenge to Christ’s eternal Deity.

END_OF_DOCUMENT_TOKEN_TO_BE_REPLACED

Imagine that you were a Christian during the Great Persecution of 303-313 AD. Your pastor and most other leaders in your local church are in prison or have been executed. Biblical manuscripts and pastors’ sermons are destroyed. Church members are not allowed to meet on threat of arrest. The government confiscated your property. You lost your livelihood and have no way to earn a living. People you used to think were loyal friends have turned in Christians to save themselves from government persecution. You are always in fear of being hauled before a judge to face the charge of being a Christian. You have seen countless family members and friends arrested, imprisoned, tortured and many killed. The last ten years have been the toughest of your life. You may even wonder if Christianity will continue to exist with the Roman Empire doing its best to destroy it.

Now imagine that it’s 313 AD and you hear about the Edict of Milan. Roman emperors Constantine I and Licinius agreed to grant all people freedom to worship any deity they chose. You find out that your legal rights are being returned to you, as well as the property taken from you during the Persecution. You can return to your home. You can go back to work to earn a living. You can raise your family in safety. You can worship God with other Christians openly. Church leaders can preach the Gospel of Christ without fear of arrest, torture and death.

What would you think about such an edict?

313 AD must have been a great time of relief for many Christians. It was also a challenging time with Christians trying to sort out what had happened to them during the Great Persecution. Who would lead local churches after so many bishops, pastors and deacons had been tortured and killed? How would faithful Christians deal with believers who had lapsed in their faith and turned other believers in to authorities to save themselves? It was a challenging and turbulent time for the Church.

END_OF_DOCUMENT_TOKEN_TO_BE_REPLACED 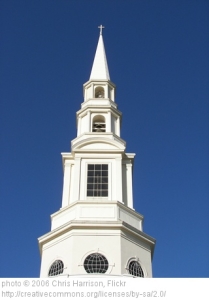 “This charge I commit to you, son Timothy, according to the prophecies previously made concerning you, that by them you may wage the good warfare, having faith and a good conscience, which some having rejected, concerning the faith have suffered shipwreck.” 1 Timothy 1:18-19

We are currently answering seven questions about the spiritual battle Christians find themselves fighting every day. In our last study we looked at the Battleground and the Players on the Field of Battle. We now move to the Strategy of War.

END_OF_DOCUMENT_TOKEN_TO_BE_REPLACED

The Christian Church reached a pivotal point as the 3rd century blended into the 4th century. The Great Persecution under Roman Emperor Diocletian and his co-rulers went after Christians with a vengeance. It began in the early part of the 4th century (303 AD) and continued for several years. Their intent was to destroy Christianity.

It is this story of the Great Persecution and its impact on the Christian Church that we now take up in our special series A Reading Plan for Christian Apologists.