What is “science” and what are “arguments from science”? Science is defined as: the state of knowing : knowledge as distinguished from ignorance or misunderstanding (Merriam-Webster) the study of the nature and behavior of natural things and the knowledge that we obtain about them (Collins Dictionary) The intellectual and … END_OF_DOCUMENT_TOKEN_TO_BE_REPLACED 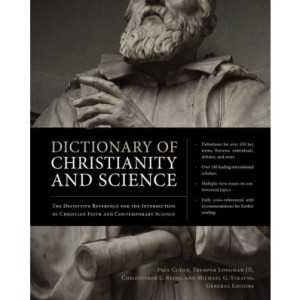 The Dictionary of Christianity and Science (Zondervan, 2017) is an exceptional resource for Christians who are engaged in apologetics, evangelism, and discipleship.

Christianity and science is a hot topic on college and university campuses. Many atheists claim science has “proven” that Christianity is not true and that God does not exist. The first question I ask atheists who say that to me is – “which science”?

They look puzzled and wonder what I mean. I then ask them if the science they believes disproves Christianity is astronomy, biology, chemistry or some other system of knowledge.

To make a general statement that “science” has proven Christianity untrue and God non-existent is to show how little the person knows about science.  As we see in The Dictionary of Christianity and Science, that atheistic claim cannot be supported from true scientific investigation.

END_OF_DOCUMENT_TOKEN_TO_BE_REPLACED

“God is dead. We do not need him. It’s time to give up childish things and think as adults. Become scientifically literate. Become informed. Grow out of religious belief just as you did with the belief in the Tooth Fairy, Santa Claus and the Easter Bunny.” John W. Loftus, Author and Atheist (Debunking Christianity Blog) 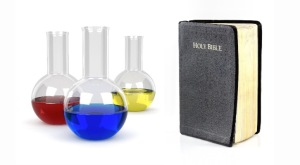 John Loftus is well known for his ‘conversion’ from Christianity to atheism. Is he right about God? Loftus claims that science is a better explanation of existing phenomena than the Bible. He also believes that Christians are ‘not’ scientifically literate and need to ‘become informed.’ Is he right about that?