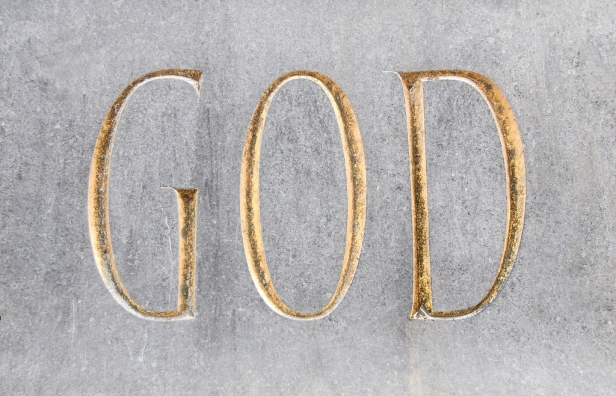 You will learn a lot about an atheist or agnostic after talking with them for a little while. Remember to listen to them respectfully and prayerfully. The Holy Spirit will help you listen and give you words to share that will be meaningful. It’s important to remember that God knew all about your conversation from before He Created the universe. Nothing a person says to you will be a surprise to God. Because you are a child of God, you have a spiritual advantage in your discussions. Use your advantage to help make a big difference in the life of the person God has placed in your life. Look at your conversation as a spiritual opportunity God appointed.

Atheists believe there is no God. Agnostics believe no one can know if there is a God. Let’s start with atheists.

Their honest answer should be – “no” – they don’t know for sure there is no God. The fact is they can’t be sure about it. They have not fully investigated all arguments for the existence of God. They have not looked into all the evidence in the universe for a living God. They cannot answer every objection you have to atheism? It’s not because they aren’t smart or haven’t done their homework, it’s just not possible for anyone to accomplish these things. The human race lacks the ability to travel to every part of the universe, and even if we could, we are not able to see the invisible spiritual world with our eyes or any electronic instruments.

Ask atheists if they view their position on God’s existence on the basis of it being a possibility, probability or certainty. Atheists will usually say they are certain God does not exist, but how can they know something that big for certain? God has been believed for thousands of years by hundreds of millions of people as the Creator of the universe. Now, that’s big! How can any one person – or even a large group of people – be certain there is no God anywhere in the universe? They can argue from the position of remote possibility (even that is an extremely weak argument), but saying that God absolutely does not exist is far from probability or certainty.

Faith is thought by some to cover a gap in knowledge. In the case of an atheist who is certain there is no God, that gap in knowledge is huge – which means an atheist’s faith in their unbelief has to be huge. It does take a lot more faith to be an atheist than it does to be a Christian.

Atheists say there is no God, but can they prove it? They have no evidence to sufficiently support their belief. To believe something absolutely without having sufficient supporting evidence is unreasonable and illogical. A person may believe that life cannot exist in ocean depths beyond man’s current ability to investigate, but they can’t be sure. The only way to know for certain is to physically go below those depths and cover every square inch of the ocean around the world. The fact is that new life forms are being discovered at ocean depths far greater than anyone thought possible in the past. Someone who still believes there is no life at those depths would now be looked at as being unreasonable and illogical.

The same is true about the existence of God. An atheist cannot be certain that God does not exist until they have explored every inch of the vast universe and developed the ability to see the invisible. Even if someone could explore every inch of the universe and could see things that are invisible, they would have to go even farther in their search before they could say without doubt that God did not exist. The Bible teaches that God dwells in unapproachable light (i.e. inaccessible light) and exists outside the universe He Created – in addition to existing within the universe. So, again, I say that anyone who claims they are 100% certain God does not exist is unreasonable and illogical.

What’s different about agnostics? They admit they don’t know if God exists, but they also say there’s no way for anyone to know. Just as you would for an atheist, listen respectfully and ask them questions for clarification and understanding. One question I like to ask agnostics is – how can they be sure no one can know if God exists since they admit they don’t know? Is it possible that their lack of knowledge about the existence of God is an area of knowledge Christians possess? If they say that’s not possible, then ask them how they can be sure that Christians don’t know when they readily admit they don’t know. The agnostic argument that they don’t know – so no one can know – is not reasonable or logical. Not knowing something often means that someone else does know that something.

I’ve learned that many people who say they are agnostics are really closet atheists. Once you begin asking them how they can be sure Christians don’t have knowledge of God’s existence just because they don’t know, many agnostics will take a stronger position and show themselves to really be atheists. They may be weak atheists (someone who doesn’t believe there is credible scientific evidence for the existence of God or gods) rather than agnostics. The line between the two is often thin, so be aware of that possibility as you share with unbelievers.

So, what happens when an atheist or agnostic asks you to explain why you believe in God – without quoting from the Bible? Are you prepared to do that? I used to push that point with Christians when I was an atheist and have had atheists pull that on me during the past 40 years. The ultimate argument for God’s existence is in God’s Word – His Revelation of Himself – but sometimes knowing how to speak with atheists and agnostics from other types of arguments may give you the opportunity to share God’s Word and be heard. We’ll look at some of those options in the next part of our study.

One thought on “The Existence of God (Part 2)”