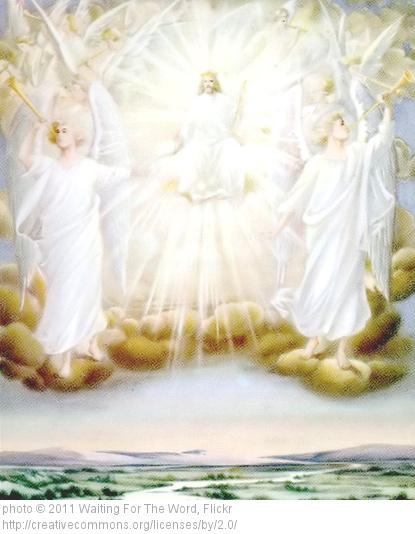 In our last study, we saw how Jesus blinded the chief persecutor of His followers, Saul of Tarsus, and informed Saul that He was going to use him to carry His Name before the Gentiles and their kings and before the people of Israel.

The Book of Acts was written by a Gentile (Luke). That’s a powerful statement in itself. Why would the Holy Spirit inspire a Gentile to write what was first a story about God’s offer of the Messiah to Israel? What happened to change that? As we read through Acts, we quickly see the reason. Israel’s leaders rejected God’s gracious offer. They killed the Messiah and refused to bow to Him even after Jesus Rose from the grave and ascended to the Throne of God. The message of the 12 Apostles was clear that Jesus was ready to return and establish His Messianic Kingdom if they would repent  (Acts 3:19-23). How did Israel’s leaders respond to the call of the Apostles to repentance? The leaders killed many of the Lord’s followers in an attempt to snuff out what God was doing in Israel. So, what did Jesus do? He appeared to the chief persecutor of His followers and changed him into the leader of God’s new way of managing His household (Ephesians 3:1-11).

Jesus personally called Saul (Paul) to follow Him and carry His Name before the Gentiles, their kings, and before the people of Israel. So what did Saul tell people about Jesus?

“Saul spent several days with the disciples in Damascus. At once he began to preach in the synagogues that Jesus is the Son of God. All those who heard him were astonished and asked, ‘Isn’t he the man who raised havoc in Jerusalem among those who call on this name? And hasn’t he come here to take them as prisoners to the chief priests?’ Yet Saul grew more and more powerful and baffled the Jews living in Damascus by proving that Jesus is the Christ.” Acts 9:19-22

“Indeed, I myself thought I must do many things contrary to the name of Jesus of Nazareth. This I also did in Jerusalem, and many of the saints I shut up in prison, having received authority from the chief priests; and when they were put to death, I cast my vote against them . And I punished them often in every synagogue and compelled themto blaspheme; and being exceedingly enraged against them, I persecuted them even to foreign cities. While thus occupied, as I journeyed to Damascus with authority and commission from the chief priests, at midday, O king, along the road I saw a light from heaven, brighter than the sun, shining around me and those who journeyed with me. And when we all had fallen to the ground, I heard a voice speaking to me and saying in the Hebrew language, ‘Saul, Saul, why are you persecuting Me? It is hard for you to kick against the goads.’ So I said, ‘Who are You, Lord?’ And He said, ‘I am Jesus, whom you are persecuting. But rise and stand on your feet; for I have appeared to you for this purpose, to make you a minister and a witness both of the things which you have seen and of the things which I will yet reveal to you. I will deliver you from the Jewish people, as well as from the Gentiles, to whom I now send you, to open their eyes, in order to turn them from darkness to light, and from the power of Satan to God, that they may receive forgiveness of sins and an inheritance among those who are sanctified by faith in Me.’ Therefore, King Agrippa, I was not disobedient to the heavenly vision, but declared first to those in Damascus and in Jerusalem, and throughout all the region of Judea, and then to the Gentiles, that they should repent, turn to God, and do works befitting repentance.” Acts 26:9-20

Paul discovered that he had been fighting against God, but instead of God destroying him Jesus said He would make Paul a minister and a witness of the things which he had seen and the things Jesus would reveal to him in the future. The purpose? “… to open their eyes, in order to turn them from darkness to light, and from the power of Satan to God, that they may receive forgiveness of sins and an inheritance among those who are sanctified by faith in Me.”

Paul did receive many revelations directly from Christ. He made it clear throughout his ministry that the Gospel message he preached came through the revelation of Jesus Christ (Galatians 1:11-12; Ephesians 3:3) and not from the teachings of any man. Paul told the Corinthians that Jesus had given him many visions and revelations and that he had even been caught up into Paradise.

This was a remarkable experience for Paul and one that would strengthen him throughout his life. Jesus showed Paul Paradise and allowed him to hear “inexpressible words” which he was not allowed to repeat. The Greek is arrhetos rhema and carries the idea of words that are too sacred to be spoken.

When Paul taught, preached and wrote, he spoke as a man who had been with God – similar to how Moses spoke with God face to face. Paul met Jesus Christ face to face and was well qualified to speak about the Lord’s Deity. We’ll look at that in the next part of our study.