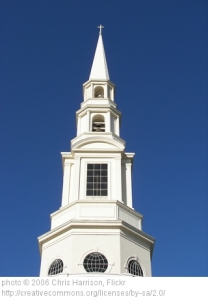 Question: In the Garden of Eden, was God truthful with Adam? “… but of the tree of the knowledge of good and evil you shall not eat, for in the day that you eat of it you shall surely die.” (Genesis 2:17) We find the answer in Genesis 5:5 – “So all the days that Adam lived were nine hundred and thirty years; and he died.” God told Adam the “truth.”

What about Satan? Did he tell Eve the truth? “… Then the serpent said to the woman, ‘You will not surely die.” (Genesis 3:4)

(**Take note of the fact that Satan is willing to contradict logic and reason to get what he wants. As Jesus said about the devil – “When he speaks a lie, he speaks from his own resources, for he is a liar and the father of it.” (John 8:44))

These details from the beginning of the human race go to the heart of Evangelistic Apologetics – Truth. The attack on the Church concerns Truth.

“Then Pilate entered the Praetorium again, called Jesus, and said to Him, ‘Are You the King of the Jews?’ Jesus answered him, ‘Are you speaking for yourself about this, or did others tell you this concerning Me?’ Pilate answered, ‘Am I a Jew? Your own nation and the chief priests have delivered You to me. What have You done?’ Jesus answered, ‘My kingdom is not of this world. If My kingdom were of this world, My servants would fight, so that I should not be delivered to the Jews; but now My kingdom is not from here.’ Pilate therefore said to Him, ‘Are You a king then?’ Jesus answered, ‘You say rightly that I am a king. For this cause I was born, and for this cause I have come into the world, that I should bear witness to the truth. Everyone who is of the truth hears My voice.’ Pilate said to Him, ‘What is truth?’ And when he had said this, he went out again to the Jews, and said to them, ‘I find no fault in Him at all.” John 18:33-38

Remember God’s promise to Satan in the Garden? “And I will put enmity Between you and the woman, And between your seed and her Seed; He shall bruise your head, And you shall bruise His heel.” (Genesis 3:15) With that in mind, look again at what Jesus told Pilate – “For this cause I was born, and for this cause I have come into the world, that I should bear witness to the truth.”

Do you see it? The reason (cause) that Jesus came into the world was to “bear witness to the truth.” That was the root issue in the Garden. God told the truth – “you shall surely die.” Satan told the lie – “you will not surely die.” God was right. Satan was wrong. Nothing has changed since Jesus spoke those words to Satan in the Garden and to Pilate in the Praetorium.

The “attack” on the Church today is about what’s true and what’s not true. For example, here are some current headlines and quotes from non-Christian websites and blogs:

“Like most Christian apologist arguments, this one’s quickly dismantled by the facts.”

“Christianity is a lie and can’t be accepted as truth.”

“Christianity is based on dishonesty.”

“There is no evidence that Jesus ever existed.”

“There is absolutely no evidence to presume, what any of the four gospels or any other part of bible testifies, as eyewitness accounts.”

“The genealogies of Jesus, both Matthew’s version and Luke’s, are pious fiction.”

“There is no evidence for the resurrection and hence christianity is another fairy tale.”

“… another reason I am not a Christian is the sheer lack of evidence.”

“There is no historical reference to Jesus’ life, death or the crucifixion―nothing at all.”

“The Bible is fiction.”

Look at each of the statements above. If we are to believe the unbeliever:

Most Christian apologist arguments can be dismantled quickly by facts

Christianity can’t be believed because it’s a lie, based on dishonesty

No evidence exists for Jesus’ existence

The genealogies of Jesus are “pious” fiction

No evidence exists for Christ’s resurrection, so Christianity is just another fairy tale

The Bible is fiction and God is a fake

Look at those statements again. They are “truth claims” – assertions that can be determined to be either true or false. They cannot be both true and false at the same time in the same sense or context.

The “facts” either support Christianity as true or disprove as false

Christianity is either the truth or a lie

Christianity is based either on honesty or dishonesty

The genealogies of Jesus are either fact or fiction

Jesus either rose from the grave or He didn’t

The Bible is either fact or fiction

God is either real or fake

Remember the “note” about Satan at the beginning of this post? “Satan is willing to contradict logic and reason to get what he wants.” Even when God plainly told Adam he would “surely die,” Satan blatantly lied and said he would “not surely die.”

That’s how many unbelievers look at Christians. As a former atheist I can tell you that’s how I looked at believers. I thought Christians were ignorant, stupid, naive and to be pitied. I thought the same about any person who believed in the “supernatural.”

I’m currently answering the most-asked question I’ve been asked since becoming a Christian 43 years ago: what convinced you to convert from atheism to theism and Christianity? The answer is simple, though it will take me a long time to share the answer. It was the “evidence.”

So, where do we go from here? Believers and unbelievers argue around the world, around the clock, about the evidence or lack of evidence concerning Christianity and theism. The arguments usually cover the same areas and rarely uncover anything new. I began arguing for atheism almost 50 years ago and for Christianity 43 years ago and am here to testify to the fact that the arguments are the same today as they’ve been for decades.

Speaking as someone who became a Christian because of evidence, I have to remember what it was like to believe there was no evidence for Christianity. It’s good to remember who we were and from where we came. It’s also good to remember the wonderful love, grace and patience of God to unbelievers. We need to be careful not to think more highly of ourselves than we should. I’m often reminded of my previous life as an unbeliever and how fortunate I am to be experiencing a personal relationship with God through Jesus Christ and His Holy Spirit. As odd as I know that sounds to unbelievers, that is what I now believe and enjoy.

As a professional journalist with more than 46 years experience searching for and reporting “the truth,” I know that the only way to get to the truth is to follow the evidence wherever it leads. It’s important that all of us be prepared to follow the evidence and the Laws of Logic and Reason as we investigate Evangelistic Apologetics – The Church Under Attack.

6 thoughts on “Evangelistic Apologetics – The Church Under Attack (Part 15)”

Teaching Ephesians – The Gospel of Your Salvation (Part 12)

Is Politics The Solution?